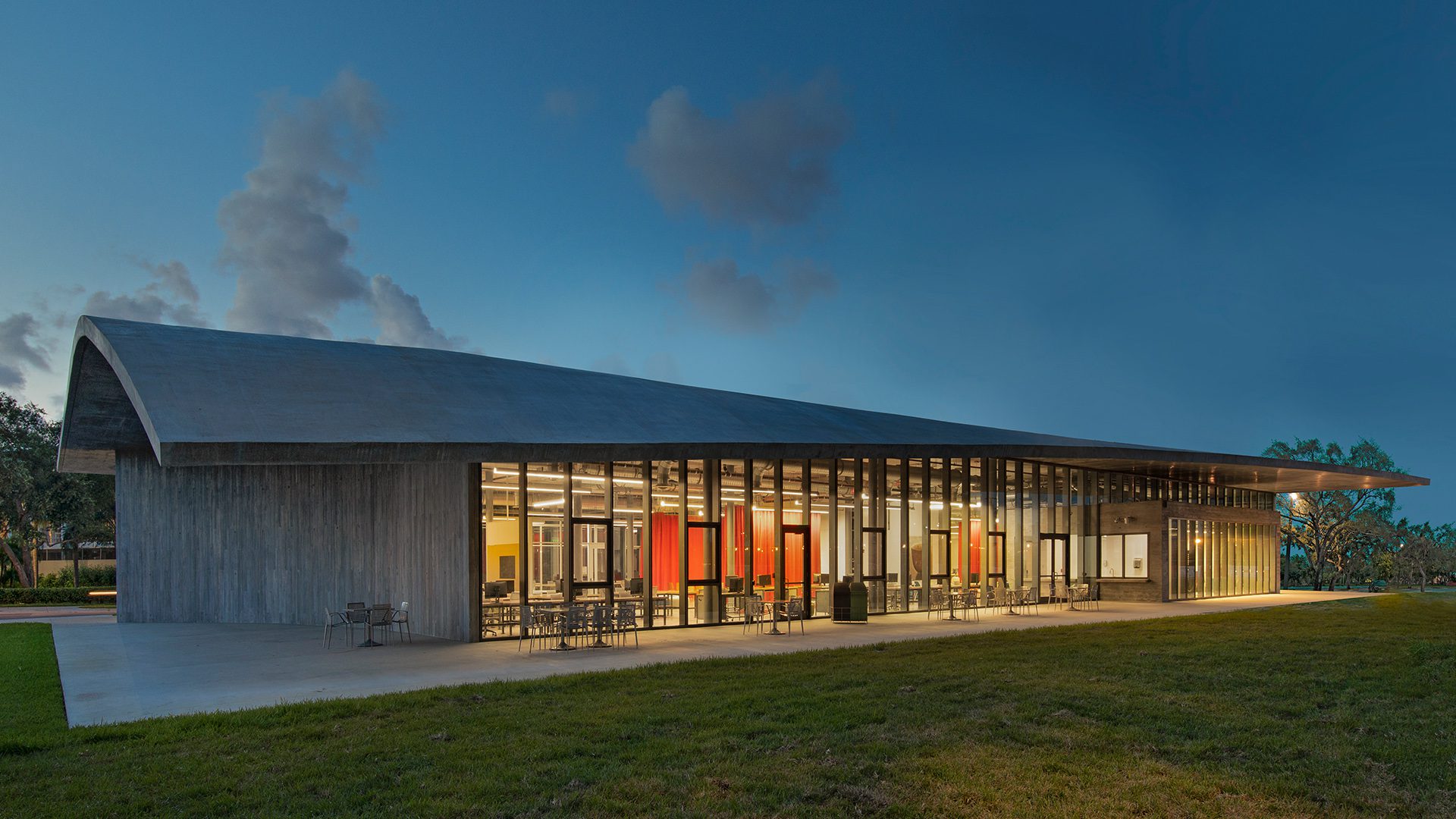 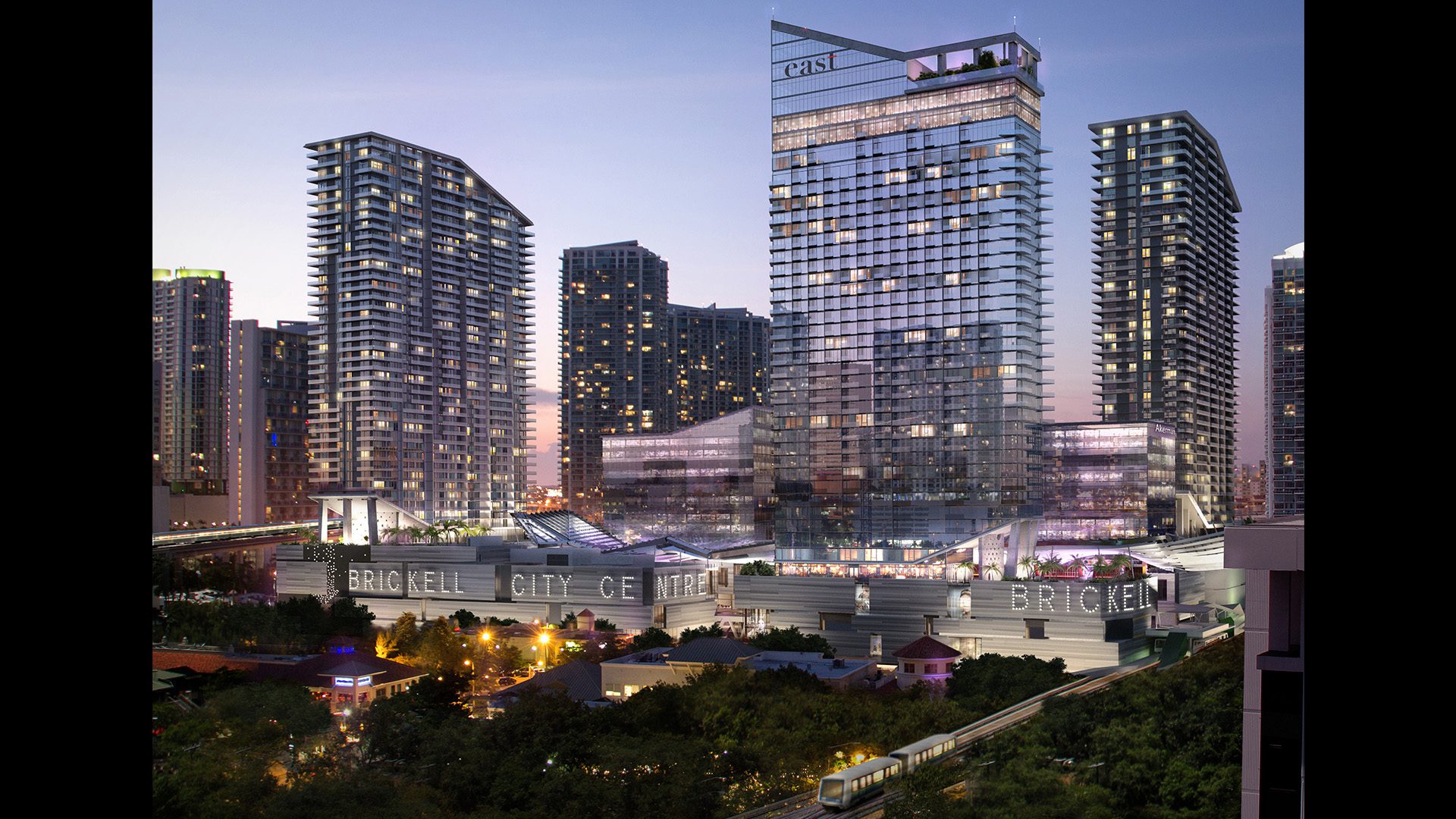 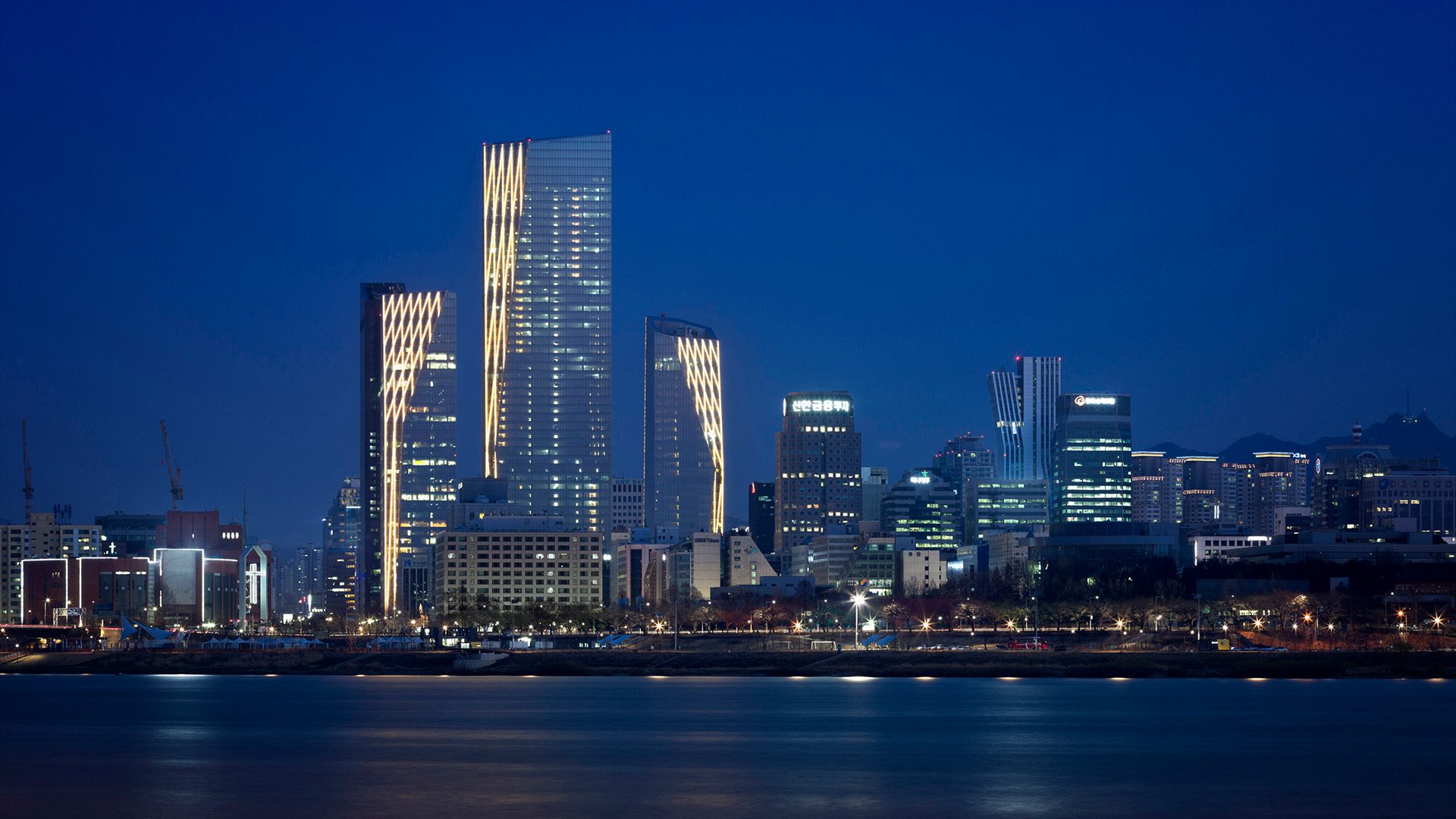 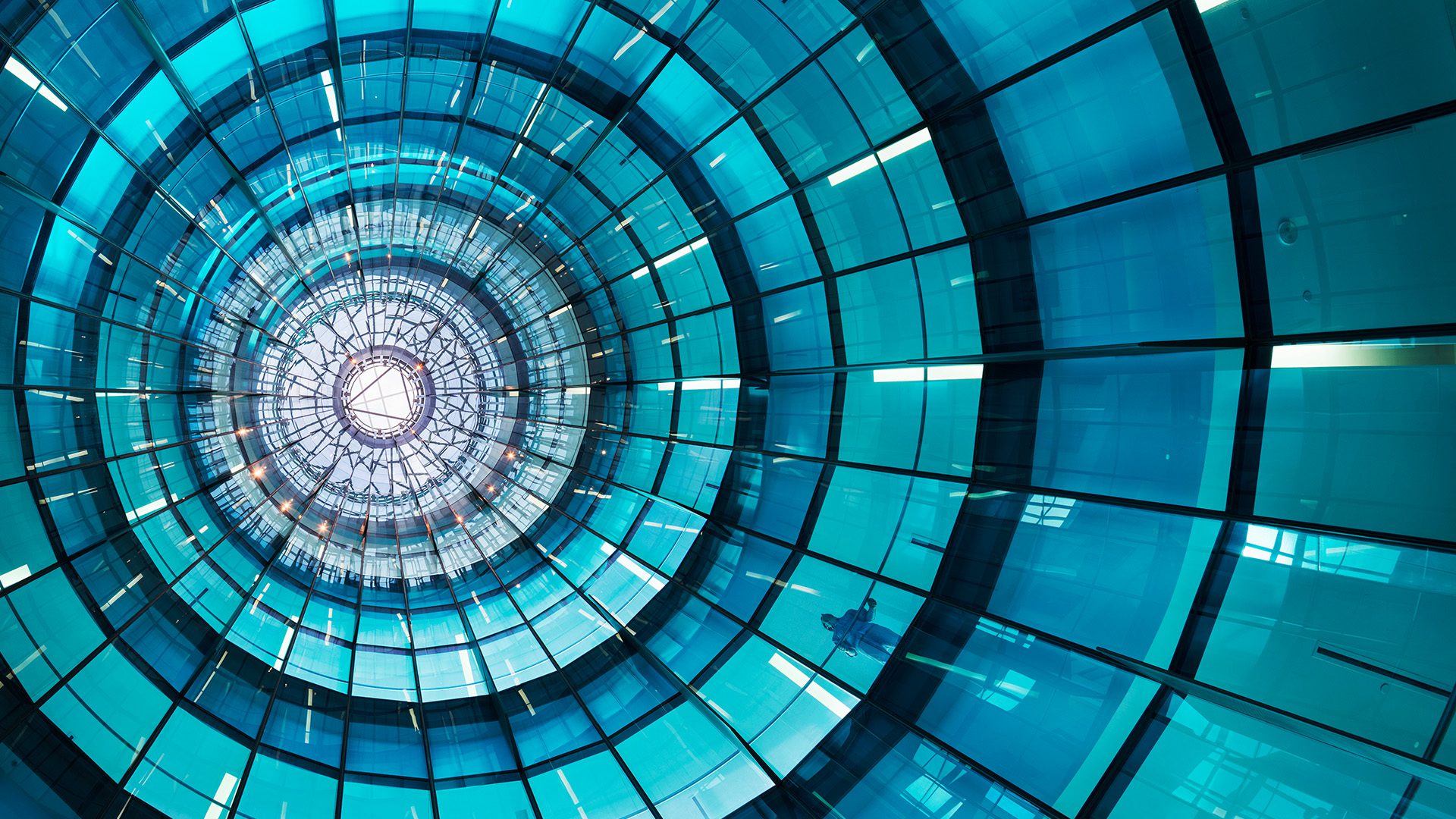 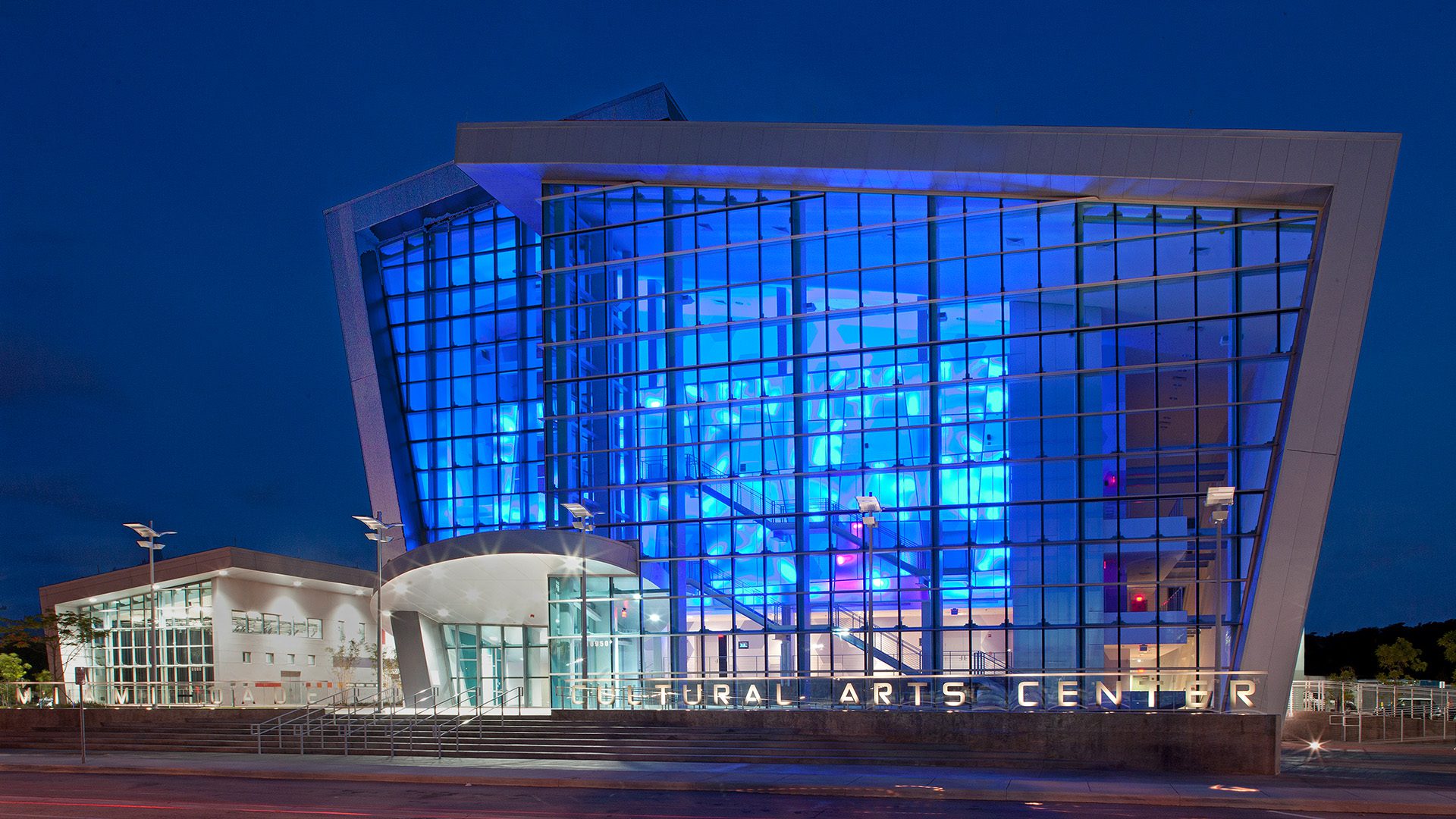 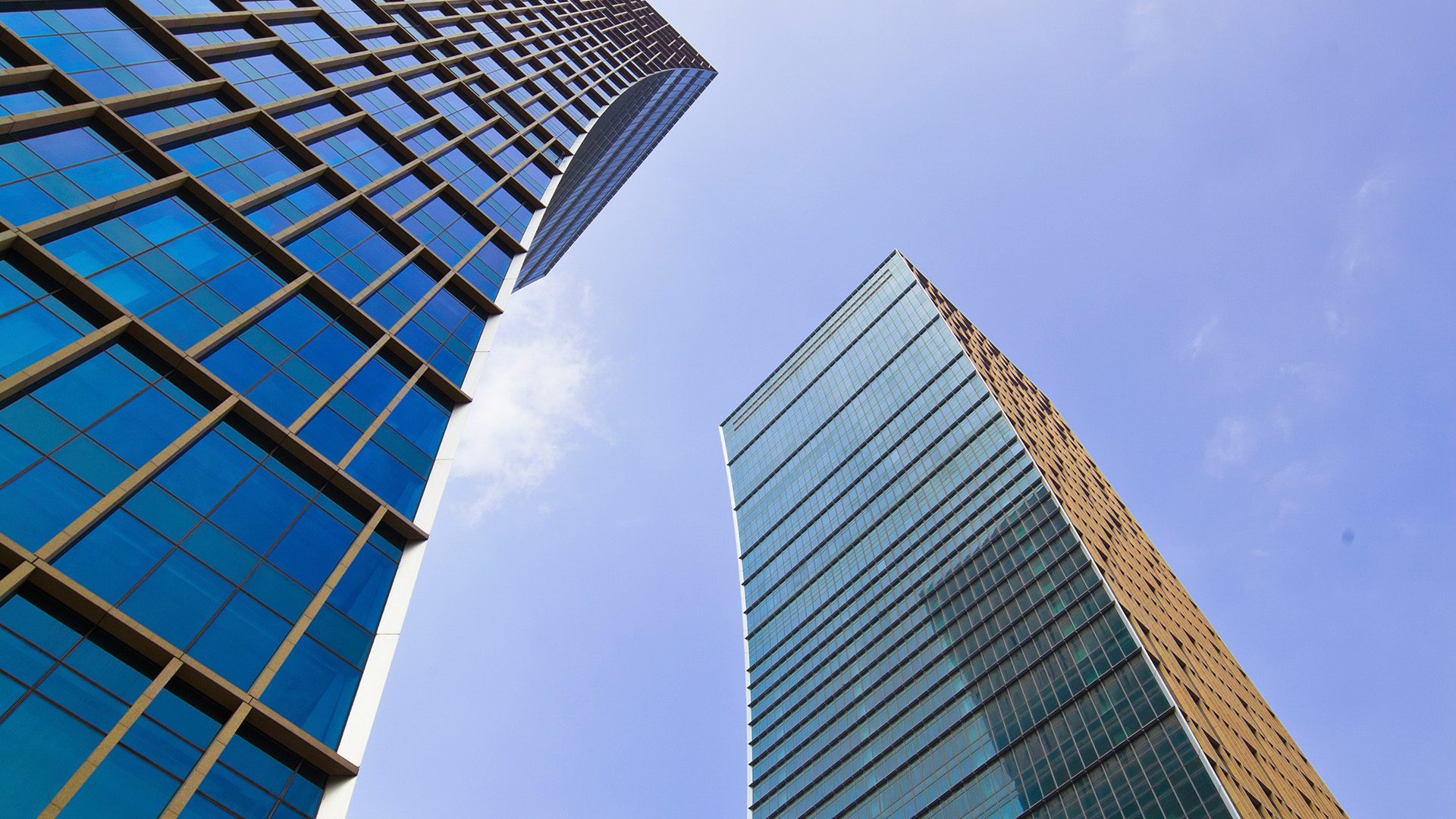 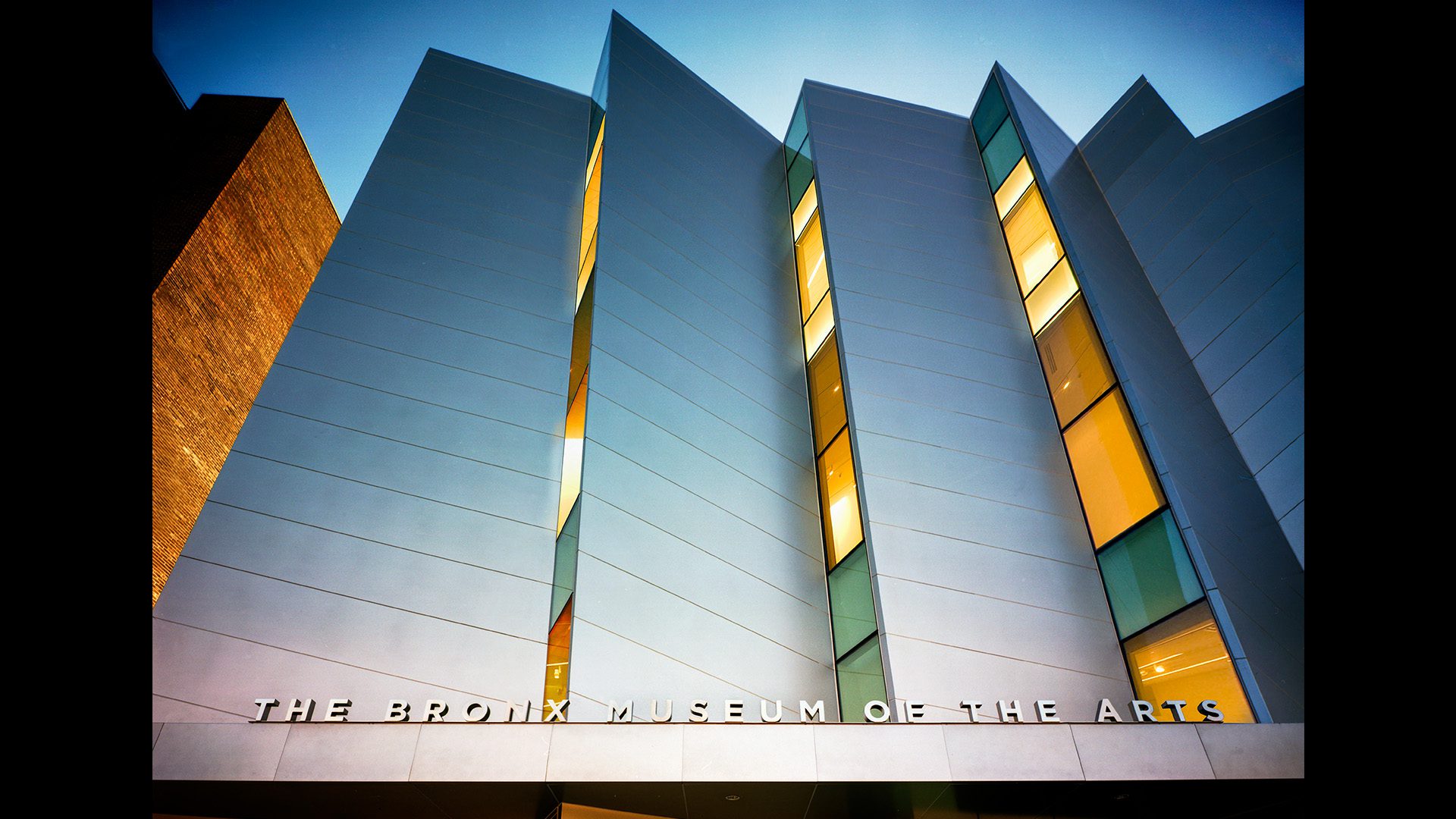 The Bronx Museum of the Arts 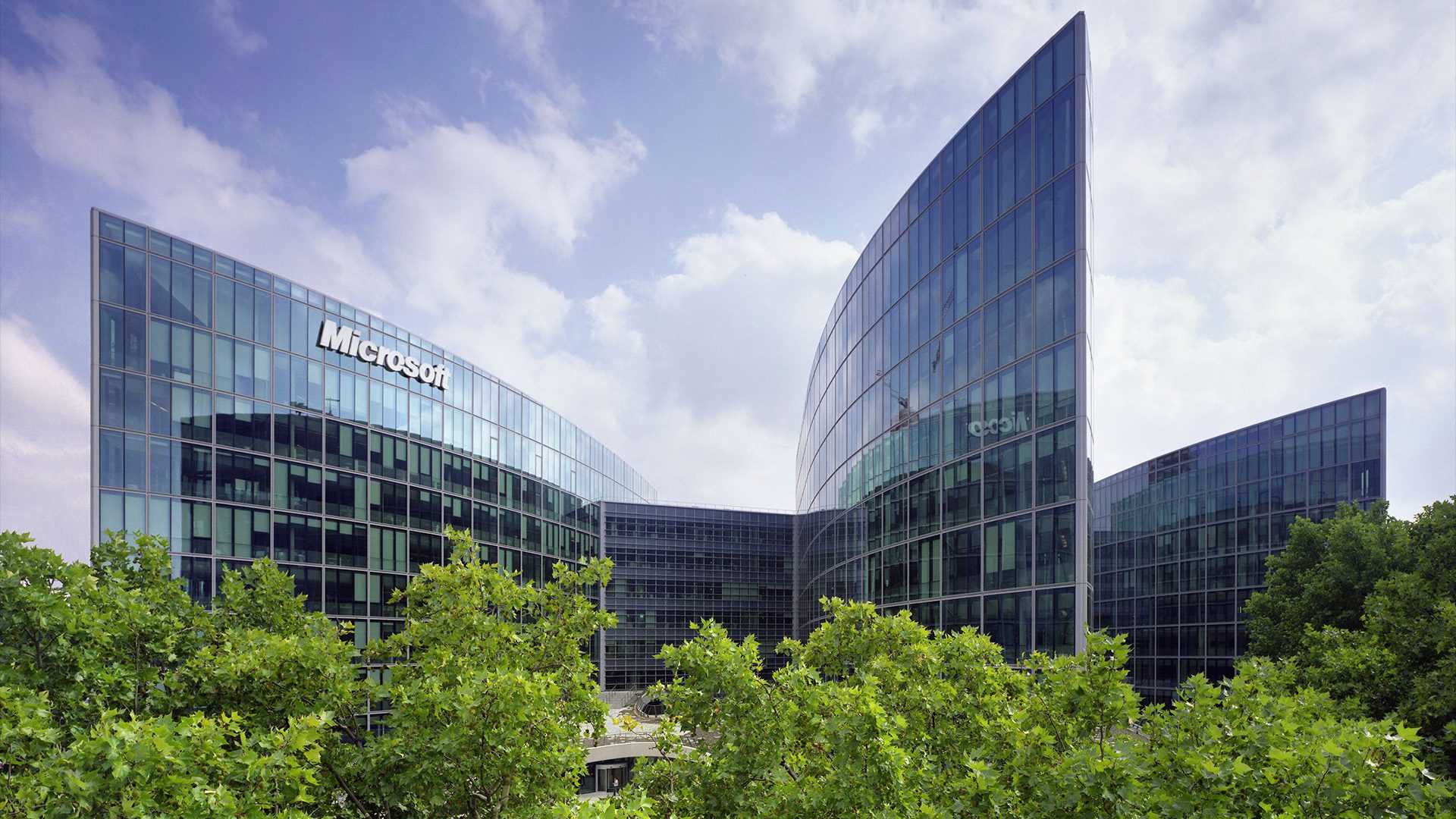 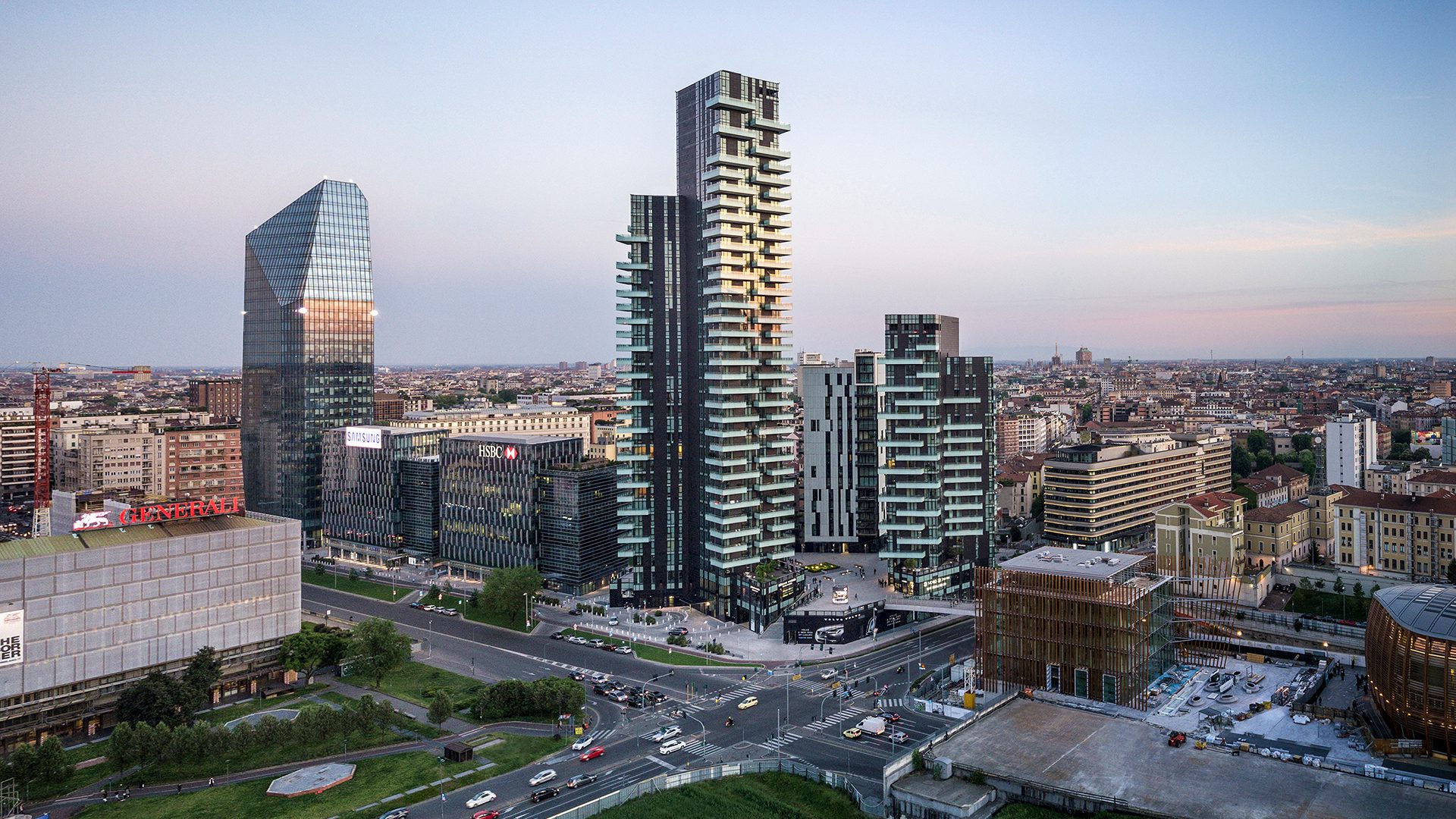 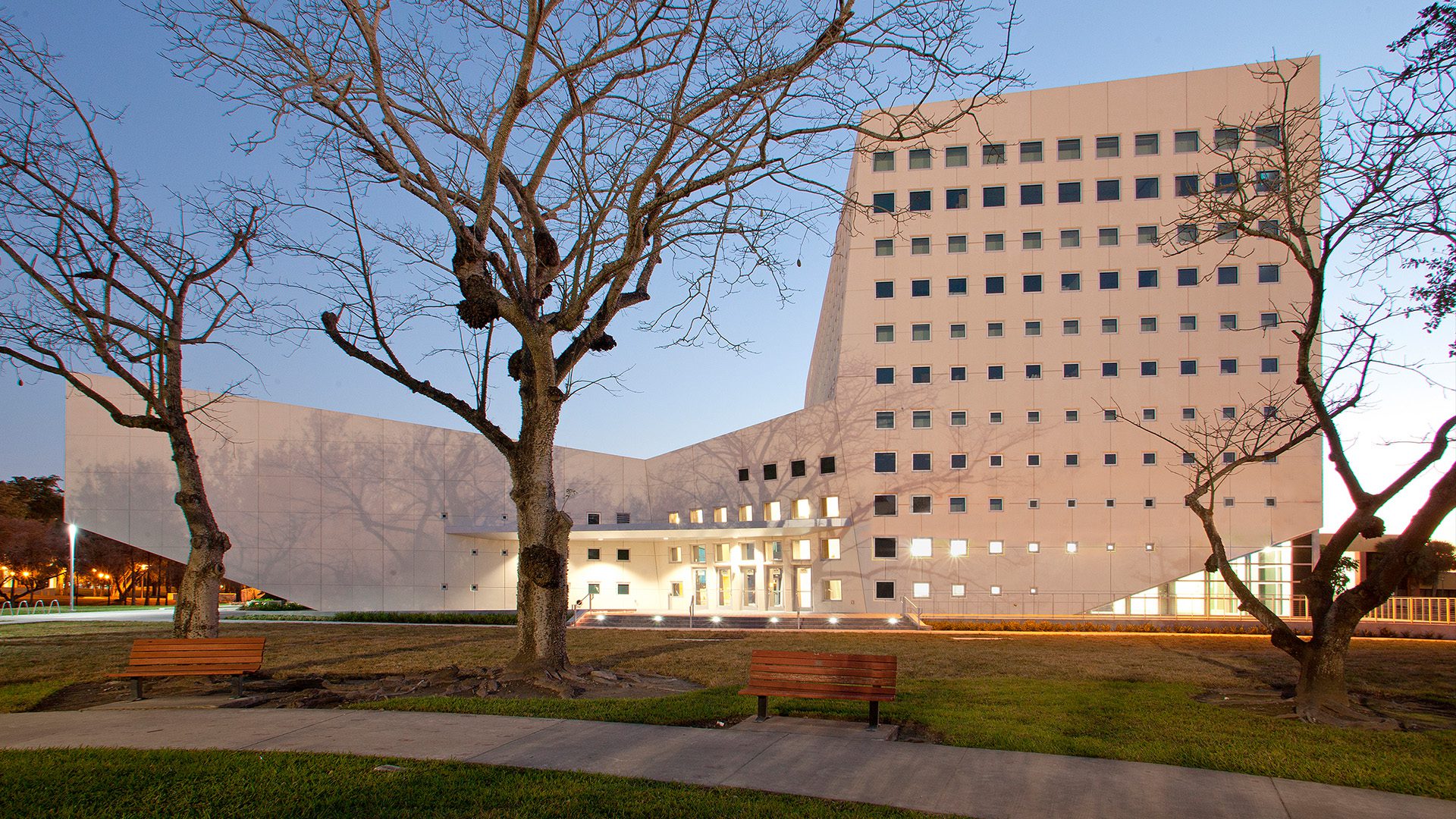 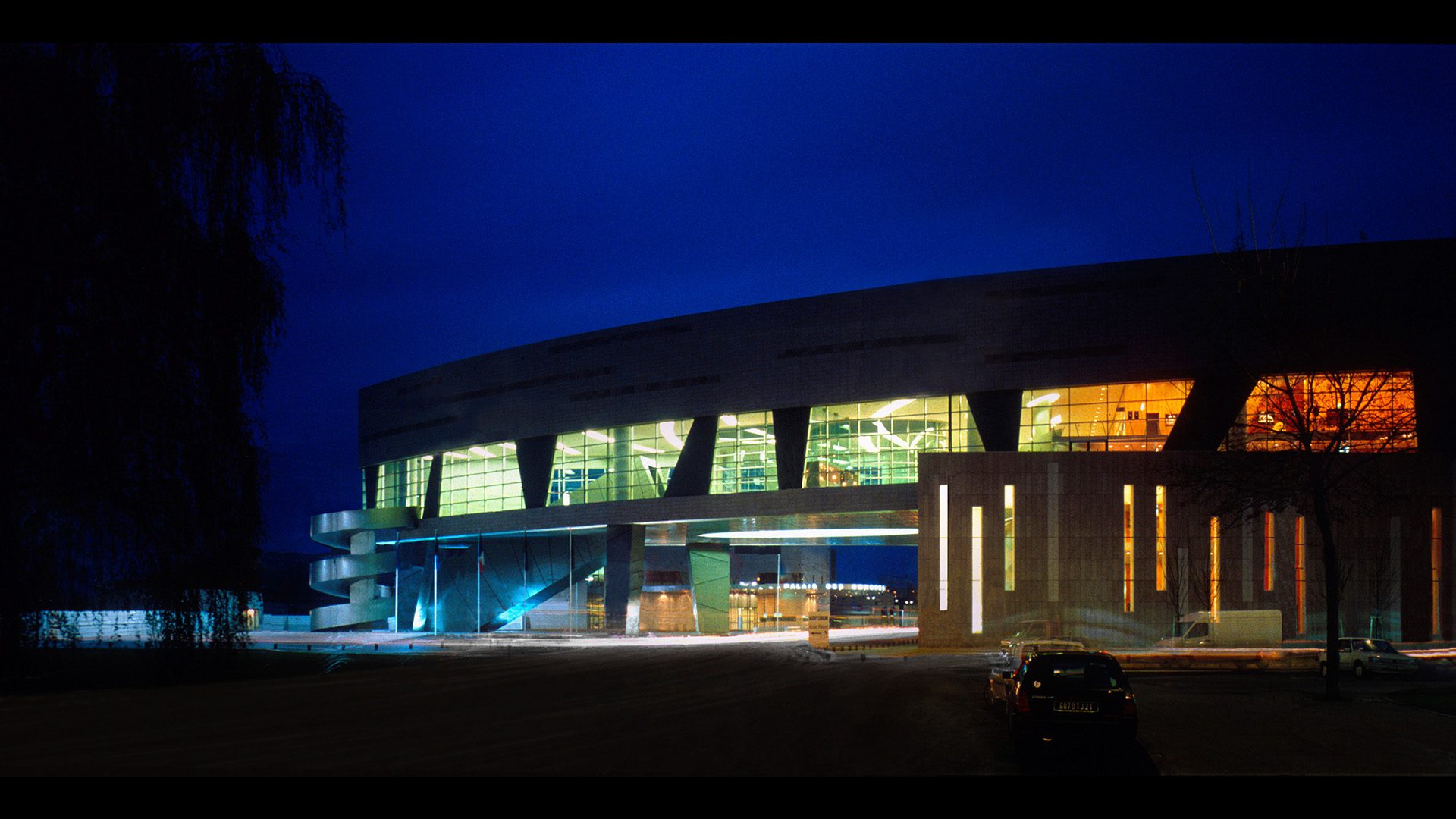 Lakeside Village received several awards since it opened including the Chicago Athenaeum: Museum of Architecture and Design and The European Centre for Architecture Art Design and Urban Studies, International Architecture Award®, AIA Florida/Caribbean Award for Excellence in Sustainability and Architizer’s A+ Awards for Popular Choice.

The One at University City Student Housing at FIU 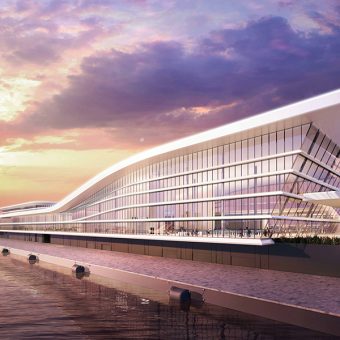 As the cruise industry gears up to restart, MSC Cruises reveals the latest terminal design by Arquitectonica hosting their next generation ships at PortMiami.

Construction is well underway for the new three-story terminal featuring grove-like canopies and a large outdoor terrace overlooking Biscayne Bay and the downtown Miami skyline. Completion is anticipated for 2021. 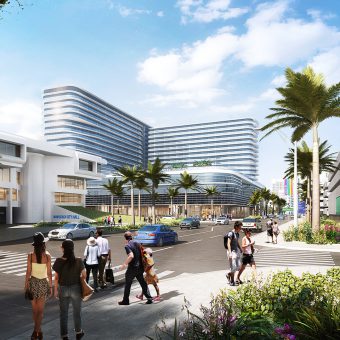 The design of this 800-key convention center headquarters hotel also involves the renovation and enhancement of the Fillmore Miami Beach at Jackie Gleason Theater.

Make-A-Wish’s new Southern Florida headquarters breaks ground to begin construction. Principal and Miami Office Director, Sherri Gutierrez is deeply involved in the project as a board member and supporter of the Make-A-Wish Foundation for the last 11 years. 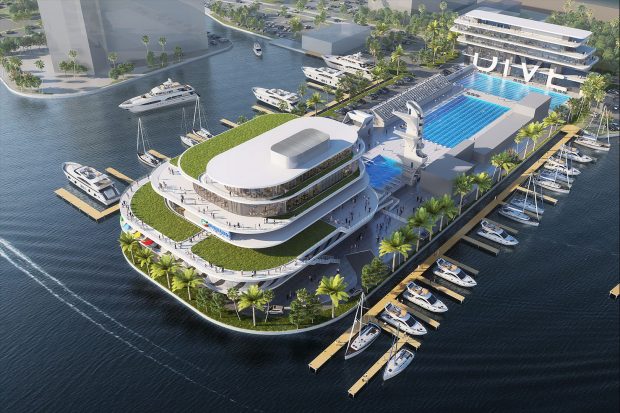 The new International Swimming Hall of Fame and Museum

In October 2021, the City of Fort Lauderdale approved the interim agreement with the project’s developer thus allowing this exciting public-private partnership (P3) to move forward. The new east and west buildings are scheduled to open in 2025. 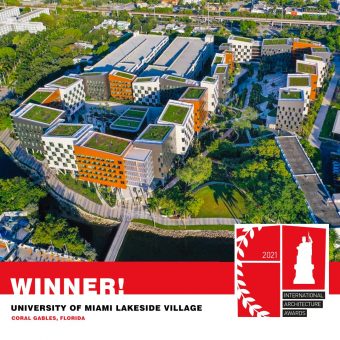 We are pleased to announce the University of Miami Lakeside Village Student Housing received the Chicago Athenaeum: Museum of Architecture and Design and The European Centre for Architecture Art Design and Urban Studies, International Architecture Award®. 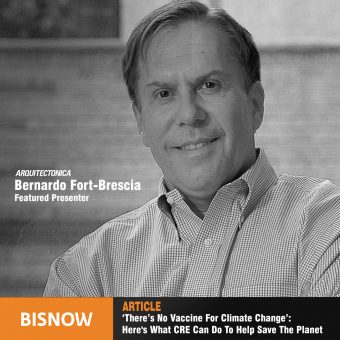 ‘There’s No Vaccine For Climate Change’: Here's What CRE Can Do To Help Save The Planet

Bernardo Fort-Brescia recently took part in a webinar and calls upon architects, developers and government leaders to increasingly make climate change a driving force in all aspects of development. “There’s no vaccine for climate change,” says Fort-Brescia. Click to read the full article.
ARTICLE 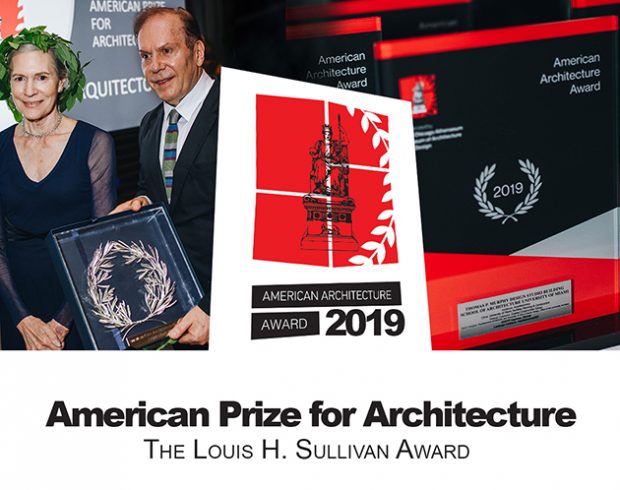 The Chicago Athenaeum and The European Centre for Architecture Art Design and Urban Studies presented Bernardo and Laurinda with the 2019 American Prize for Architecture, also known as The Louis H. Sullivan Award. The award is given to architects whose impact have contributed to humankind and history through architecture.
Video 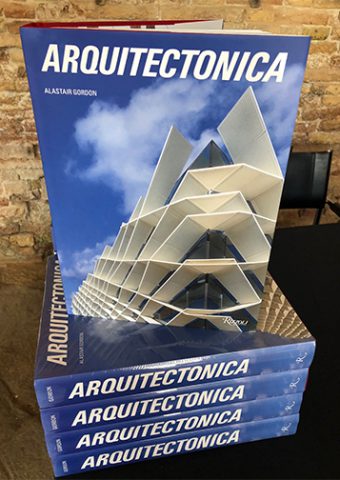 Get an exclusive preview 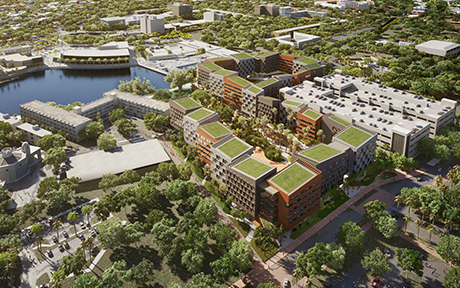 Archdaily — The government of Luxembourg has announced that Miami-based firm Arquitectonica has won the competition to design a major mixed-use project in Luxembourg City. Set in the new district of Kirchberg inLuxembourg, the 40,000 square meter complex design by Arquitectonica won the bid over notable names in architecture like Bjarke Ingels Group (BIG), Massimiliano Fuksas, and Neutelings Riedijk Architects.
press release

Virgin Voyages unveils design of its new terminal at portmiami

Virgin Voyages joined forces with Arquitectonica on the design of its new terminal because they wanted to be sure it worked with a firm that understood how to highlight and honor the Magic City.

Miami Herald – “…the honor went to a relatively modest building was a happy surprise for UM, Murphy and its designers at Arquitectonica, co-founder Bernardo Fort-Brescia and principal Raymond Fort, his son. They credited the expressive manner in which the building wields and bends raw concrete and the painstaking craftsmanship needed to shape it. “It is immediately impressive,” said UM’s architecture dean, Rodolphe el-Khoury.
Video 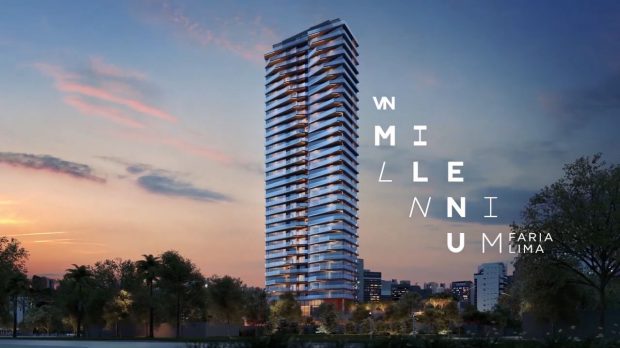 The VN Millennium Faria Lima are two luxury residential towers rising in parallel as part of a unified complex facing the prime orientation to Faria Lima in Sao Paulo. A development realized by Vitacon and Hines, this project is perfect example of Arquitectonica and Athie | Wohnrath prevailing collaboration influencing design in Brazil.
Awards 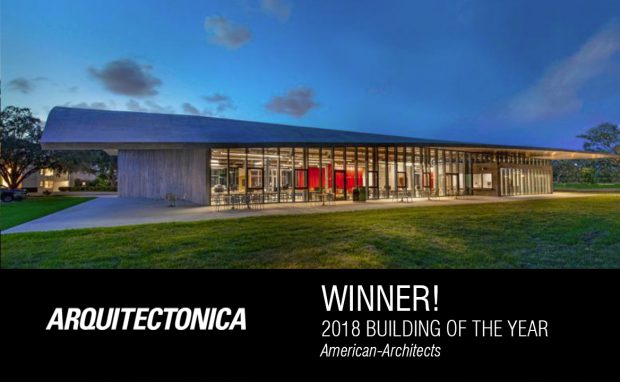 University of Miami School of Architecture’s Thomas P. Murphy Design Studio Building wins American-Architects 2018 Building of the Year Award. Designed by Arquitectonica and Lead Designer Raymond Fort. From 43 Building of the Week reviews in 2018 and more than 4,000 votes casted, the Studio Building won with an impressive 38% of the vote. A special thanks to all those who voted and a huge congratulations to everyone involved in the project.